We have created a form to help us understand your potential application and to organize the information we need to calculate output estimates for you. Please submit information online here or go to the bottom of this page where you can download a fillable/printable form for your records that you will email toRichard@langsonenergy.com

fillable PDF form below so you can save a copy for yourself and email a copy to Richard@langsonenergy.com 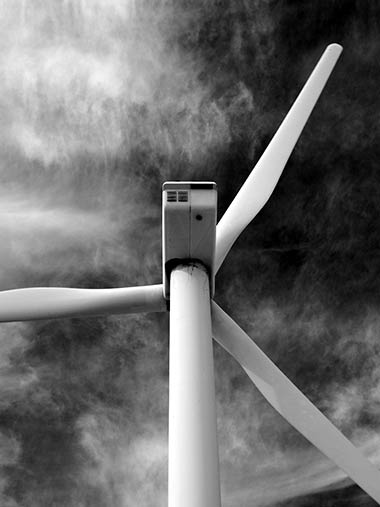 Langson Energy Generators are custom designed to optimize goals for each site depending on their unique conditions and needs. The first step in identifying a viable project is to click the link below to download the appropriate Project Evaluation form for your project (Gas, Steam or ORC). After you email the completed form to us, we will let you know how much electricity our generator can make and its cost.

We take great pride in everything that we do, control over products allows us to ensure our customers receive the best quality service.

Inventor, Founder – Mr. Langson has proven his talent as a world class entrepreneur and innovator over four decades in business. The list of awards he earned in conjunction with his previous company, include:

Under Mr. Langson’s leadership, his previous company’s valuation went from zero to over $30million in 5 years. Mr. Langson started a construction business in Texas that became the largest swimming pool builder in the state within 5 years. Mr. Langson moved on to general construction building apartment complexes, production line modular housing, business parks, and dams with project sizes up to $65M. He built a 100,000 square foot modular building plant in Austin, TX for Fuqua Homes then designed and built modular apartments, condominiums and duplexes in the product that resulted in sales of $45M per year.

Always an innovator and performance orientated person, Mr. Langson became interested in cogeneration in 2000 and formed Vector CoGen, LLC to target the residential and light commercial (1-65kW) marketplace. Some of his technical innovations included annual oil change systems, a series of “clean burn” natural gas engines, high tech control systems and state of the art heat exchangers. Langson went on to form a company in 2005 to produce his modular Waste Heat Generators, which are now leading the world in these small-scale, ORC binary power products.

Executive Vice President – After graduating #1 in the Accounting Department of the University of Utah and passing the CPA exams, Ms. Coté pursued a career in accounting with Cooper’s and Lybrand, C.P.A.s.

Being a community leader, Ms. Coté founded 1 Worldly Wise Language and Culture Organization, a 501(C)(3) non-profit organization, to introduce children at a young age to the treasures of different languages and cultures of the world while running her own business of Language Studies Abroad (LSA).

Childhood on a ranch in Utah gave her a deep respect and appreciation for this incredible planet on which we are so privileged to live and gave her the desire to bequeath it to our children in good condition. Upon hearing about Mr. Langson’s innovation of the Green Machine for ElectraTherm, Ms. Coté was attracted to the company and became a Channel Account Manager where she was a winner of every sales contest at ElectraTherm. She negotiated and managed Dealerships throughout the world. Utilizing her accounting background, she spearheaded research on Government (US and foreign) Incentives for Green Technology, Carbon Credits and Offsets, Renewable Energy Credits (RECs), etc.

Senior Engineer – As Author of 4 major books including, Geothermal Power Plants: Principles, Applications and Case Studies, Dr. DiPippo is a well-known authority and consultant on Geothermal Power Plants. Dr. DiPippo is Chancellor Professor Emeritus of Mechanical Engineering, former Associate Dean of Engineering at the University of Massachusetts Dartmouth (UMD) and a visiting Research Professor and Visiting Lecturer at Brown University in Providence, Massachusetts Institute of Technology (MIT), as well as a visiting lecturer at the School for Renewable Energy Science at the University of Akureyri, Iceland.

Dr. DiPippo is a researcher in the area of thermodynamic and transport properties of gases at high temperatures and pressures. As part of this effort he was a U.S. delegate to the Seventh International Conference on the Properties of Steam held in Tokyo in 1968. Later while at NUWC, his work turned to the thermodynamic analysis of compact propulsion systems for underwater applications and to fluid flow phenomena. In 1975 his professional and research interests in geothermal energy began. Since then he has: